Ocean Builders does not plan to develop new, state-independent marine headquarters. "Ocean Builders is a business," explained. However, it is now preparing its autonomous seaside homes for a project off the coast of Panama.

Ocean Builders does not plan to develop new, state-independent marine headquarters. „Ocean Builders is a business,“ explained company. However, it is now preparing its autonomous seaside homes for a project off the coast of Panama in the Caribbean. We bring an exclusive interview with Grant Romundt, a representative of Ocean Builders.

The Ocean Builders project, with its state-independent marine house near Thailand, caused a worldwide upheaval in the spring of 2019, when it anchored a prototype of a new residential platform in the sea near the Thai island of Phuket for a pair of marine settlers (seasteaders).

However, the fate of Ocean Builders‘ „Thai“ attempt to create the first independent marine residence failed in practice. And it ended almost very tragically, when the Thai authorities threatened the death penalty with a pair of marine settlers (Chad Elwartowski and Supraní Tchepdet, also known as Nadia Bitcoin Girl).

In March 2019, Ocean Builders built the first man-made floating headquarters at sea outside international government outside the jurisdiction of any government. The prototype of the sea house, to which 2 sea „settlers“ moved, was located 12 nautical miles from the Thai island of Phuket.

The couple wanted to establish „a permanent settlement at sea that would not fall under the sovereignty of any country.“

However, two marine settlers who settled in a floating house in international waters outside the jurisdiction of any government were threatened with the death penalty or life imprisonment by the Thai authorities. According to the Thai authorities, they allegedly violated the country’s sovereignty.

According to an interview with Ocean Builders representative GRANT ROMUNDT, their project is purely business and Ocean Builders as such does not plan to carry out or organize any of its own attempts to create state-independent settlements or communities.

The Ocean Builders project specializes in the production of futuristic residential platforms for completely autonomous living at sea, but also on land. 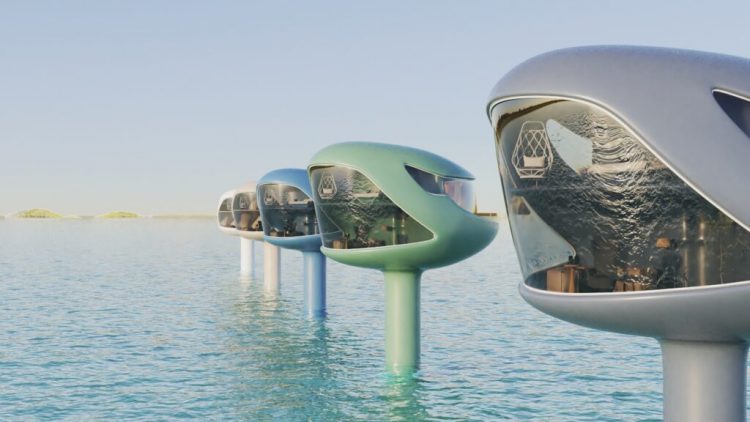 FREE REPORTER MAGAZINE: Your company became famous for creating a seasteading house near Thailand, for which the Thai government threatened to execute two residents of a seasteading house. What is the fate of the two main actors in the whole case? Is the couple still being prosecuted by Thailand for attempting seasteading near the Thai island of Phuket?

GRANT ROMUNDT: The Thai Navy confiscated our Seastead which was outside the territorial waters of Thailand close to Phuket. Chad Elwartowski and his girlfriend Nadia were on the run from the Thai Navy and are now happily married and living in Panama. The Thai navy never pressed any formal charges and the case is no longer active. Chad and Nadia are now working with the team at Ocean Builders to continue building their dream home which floats on water.

We are currently building in the very beautiful and peaceful country of Panama. We have met with several levels of the Panama government who are excited about our project which is bringing jobs to Panamanians, bringing high tech skills, tourism and marine restoration technologies to their country.

Did the Thai authorities threaten to punish or even kill your company, which was in fact the organizer of the whole event near the island of Phuket?

In 2019 the Thai Navy threatened Chad and Nadia with the death penalty through the media but no formal charges were ever filed and they have not proceeded with any additional threats or complaints since the Navy found out they had left the country.

Was the aim of the event – a „couple sentenced to death for seasteding“ near Thailand – to advertise Ocean Builders and then sell their own modern houses/pods on the basis of it?

I don’t really understand your question. Ocean Builders goal is to produce beautiful floating homes. Our model is based on the design of an oil rig which has a metal spar filled with air that goes deep into the ocean which produces buoyancy and at the bottom of the spar there is a very heavy weight which gives stability. The prototype model that we built in Thailand was a proof of principle to prove to people that the engineering worked and that a floating home could be manufactured at a low cost.

We believe this technology is revolutionary and it is unfortunate that Thailand did not realize the benefits of having a very unique tourist attraction which would have benefited them greatly. We are very happy to be settled now in Panama with a peaceful government that is excited about us bringing tourism to their country, new business opportunities, investment and jobs.

Was the guerrilla seasteading case near Thailand just a guerrilla marketing event?

Honestly, is this really a question? What happened in Thailand was very scary. We are very thankful that Chad and Nadia are alive and well and thriving in their new home. We hope that the Thai people will be inspired by what we build in Panama and other countries around the world and that one day we can bring our floating homes back to Thailand. 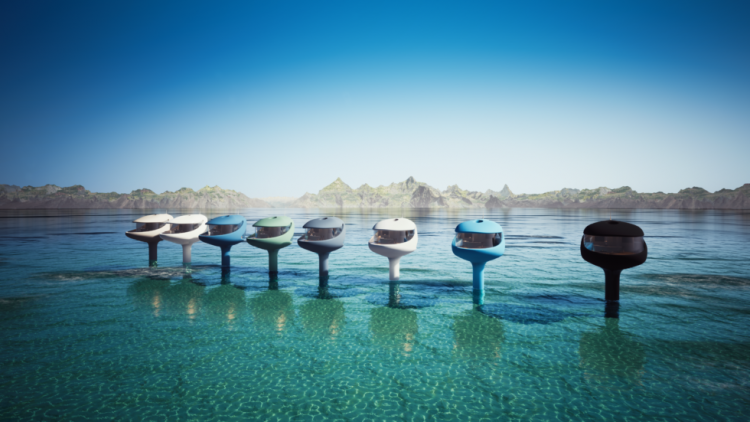 At Ocean Builders we believe that we are at a historic moment where we have the technology to build homes that are environmentally restorative, beautiful, and very futuristic. We have created a technology incubator with a network of enthusiastic people from various backgrounds all over the world that are passionate about contributing to our project.

Not at all. Ocean Builders‘ goal is to produce 3D printed, high tech, eco-restorative floating smart homes that float in water. We believe that living on the water offers a superior quality of life that is hard to match on land and we are using the best of the newest technological breakthroughs to build a floating home that is not only environmentally neutral but eco-restorative.

Does the Ocean Builders project have any of its own seasteading plans? Or is the only goal to sell your own houses/ pods to those interested in seasteading or „terrasteading“?

Is Ocean Builders a business or political project?

Ocean Builders is a business.