The free floating city on the ship Satoshi near Panama was wrecked. The ship had to scrap 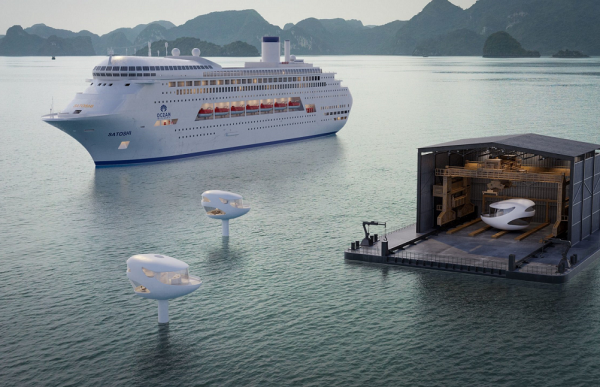 Instead of a floating "town" on a ship anchored near the shores of Central American Panama, the ocean liner "Satoshi" had to be scrapped.

Another attempt to create an independent city at sea by the governments failed. Instead of a floating „town“ designed for digital nomads, influencers and startupists on a ship anchored near the shores of Central American Panama, the ocean liner „Satoshi“ had to be scrapped. The project was organized by Ocean Builders, which is preparing another project in Panama’s coastal waters to create autonomous houses located at sea.

The older ocean liner „Satoshi“, which was to become a free floating city called the „Crypto Cruise Ship“, independent of world governments, was purchased by Chad Elwartowski and Rüdiger Koch of Ocean Builders.

The ship measures 80 meters and had 777 cabins ready for future residents, which were to become apartments for future independent „sea residents“.

The oceanic „hotel“ Crypto Cruise Ship was to arrive and anchor at sea in the coastal waters of the Central American state of Panama. There, this stationary ship had or could become a permanent home for up to 2020 people. 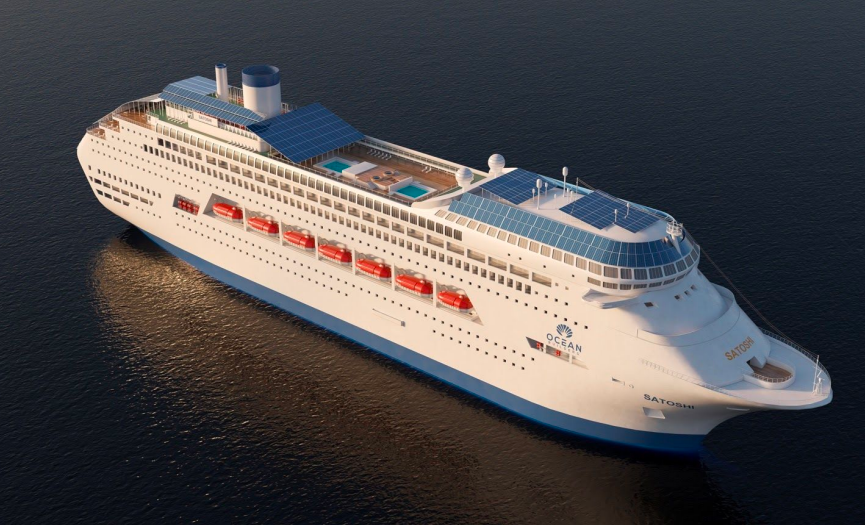 The project officially started on November 5, 2020 with the sale of cabins. The move to the houseboat, anchored near Central American Panama, was to begin in January 2021. However, this did not happen and will not happen.

Despite the optimistic assumptions, the Satoshi ocean liner was unable to obtain appropriate insurance from any of the insurance companies. Without it, however, the ship is legally unusable and must be taken to a shipyard in India.

“All options have been exhausted. It was easy to get insurance to cover the voyage from where it was parked in the Mediterranean to Panama but assuming it would be easy get insurance to use the ship as a stationary residential cruise ship was incorrect,“ said Grant Romundt, CEO of Ocean Builders, which was behind the project.

„The ship cannot be insured, which means it cannot legally have a crew, which means the ship would lose its class rating and flag and any possibility of running any of the onboard businesses.“

It is with great sadness that I have to report that what we thought was going to be the beginning of the Satoshi Crypto Cruise ships adventure sailing across the ocean to Panama to start its new life is actually going to be its final voyage,“ said Romundt.

Ocean Builders wanted to sell the cabins to aquapreneurs, digital nomads, expats, and anyone else planning to start a new life at sea.

It planned to make the first 200 cabins available to new owners and thus independent „sea residents“ to move in within 90 days.

In addition, Ocean Builders intended to park another cargo ship near the stationary seaside town (created from the ocean liner Satoshi). This cargo ship was to build a floating factory that would speed up the construction of small marine micro-dwellings called SeaPods, which are produced by Ocean Builders. 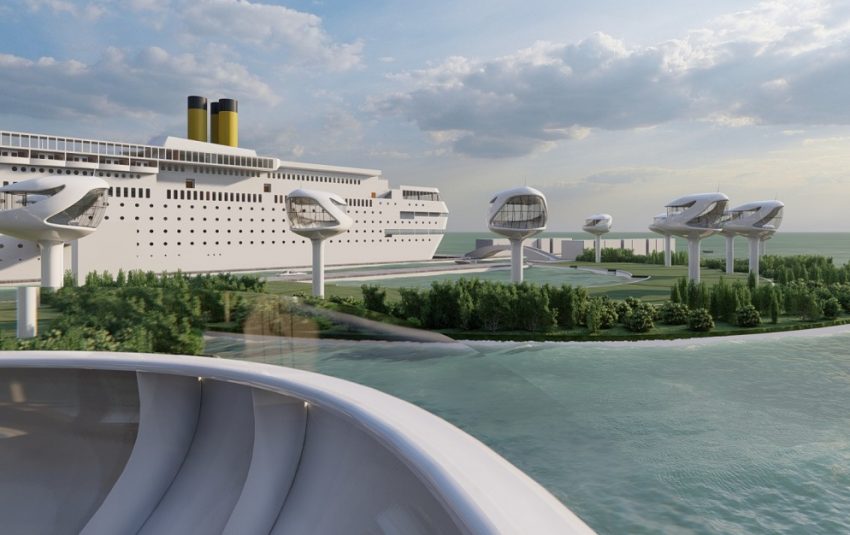 However, this variant of the synergistic connection of the seaside town of Crypto Cruise Ship on an ocean liner and a floating factory for the production of other personal marine dwellings (SeaPods) will not be realized, as the ocean liner Satoshi had to be scrapped …

The organizers likened the planned sea town on an ocean liner to medieval Venice as a trading center of the Middle Ages. They described their project as „a major modern floating world innovation hub“.

However, the innovative progressive project of independent marine settlement ended only in a gloomy voyage to the junkyard.

“We are very disappointed. I know we are not the only one’s who are disappointed. We have tens of thousands of people around the world waiting and watching to see what kind of community the Satoshi Crypto Cruise ship could become,“ stated Grant Romundt, head of Ocean Builders. 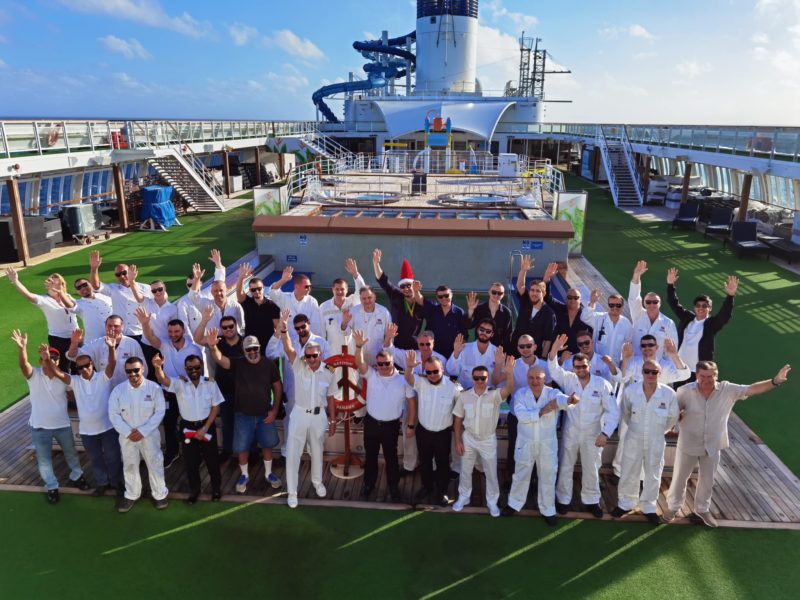 The crew of the ship Satoshi says goodbye to the vision of free settlement off the coast of Panama.

„The idea behind the Satoshi was to be a place in the world where we can experiment, build, and test innovative blockchain solutions in all areas of life and business. Unfortunately, we will not be able to proceed because of archaic big insurance companies that cannot adapt to innovative new ideas,“ Romundt emphasized.

„We are now focusing our full attention on how to speed up production of our SeaPods. We are making fantastic progress on SeaPod production which we will continue to update you on, “ said Romundt.

Ocean Builders is located at Linton Bay Marina on the Caribbean Sea in Panama. It is the first company to build a floating home in the open ocean with plans to build many more. The company specializes in the construction of floating and terrestrial autonomous houses.